Explore the Landscape of Number System and Divisibility Rules

Explore the Landscape of Number System and Divisibility Rules


Number system is one of the most import topics in Mathematics. Understanding of number is the stepping stone to explore various dimensions and areas of Mathematics.

In this post we would explore various kinds of number, and the divisibility rules of some elementary numbers.

The number system is a defined arrangement for writing various numbers and expressing them mathematically using symbols that are of consistent nature.

Put differently, a number system is a collection of various symbols which are called digits.

Number Tree: The number tree consists of the classification of the number system. It includes various set of numbers such as real numbers, rational and irrational numbers, integers, whole numbers, natural numbers etc. The following is a pictorial representation of Number Tree.

Rational Numbers: Rational Numbers in the number system are those numbers that are easily expressible as the ratio of two integers. They are different from irrational numbers.

Integers: The Integers are the numbers that are real in nature and consist the set of natural numbers along with zero and their additive inverses. They are similar to rational numbers but unlike irrational numbers. Integers are denoted as ‘I’ or ‘J’ in the number system. For example, {-1,-2.-3,-4, 0,1,2,3,4} are all integers.

Here is an interesting fact about integers. If you add, multiply or subtract integers, the result obtained will also be an integer. However, this is not true for the division operation.

Divisibility Rules: Now, that we are familiar with the different kind of numbers, let’s move on to find the divisibility rules of different numbers.

The divisibility rule is a method of finding out whether a given integer can be divided by another number known as the divisor, without having to actually perform the division.

Here are the divisibility rules of some of the popular integers in the number system.

EduThrill For Students
Learning Made Fun
How To Play
Performance Analytics

We're not around right now. But you can send us an email and we'll get back to you, asap. 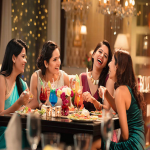 Smart Ways to Organise a Kitty PartyFor Our Blogs 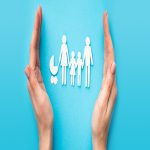 What does your heart say as a parent?For Our Blogs