Are You Thinking of Pursuing A Career in Law? Important Things To Know First

Are You Thinking of Pursuing A Career in Law? Important Things To Know First


“My Lord, I have all the evidence to show how my client is being framed in this case.” From Kanoon (1983) to Jolly LLB (2013), the Indian cinema has always portrayed the courts and the lawyers in a different roleplay altogether. But if those Hindi movies are not a reason for you to put your head into law as a career, this article might help you in getting a clearer picture of the profession.

Firstly, it is important to address this question.

There are multiple reasons why people choose law as a profession. It may be because of the earning potential in the profession, the intellectual challenges that may come along, the sense of global influence or the aim to reach and help maximum people. However, once you find an answer to this question, it becomes easier for you to decide the next step ahead.

Moving forward, it is essential for you to analyze the market in India carefully. You should look at the cost and the ROI which comes along with the profession.

Talking about the top law colleges in India:

If you want to be a lawyer in India, you are probably aware of a couple of common terms like CLAT and NLUs. CLAT is the common law admission test and NLU is the National Law University. Every year approximately 50,000 students give CLAT to get into the top NLUs of the country.

Except this, you also have to incur high fees for CLAT coaching. To bring down this cost by a considerable amount, you can try apps like EduThrill to prepare well for the exams.

NLU: They are considered the best law colleges in India. The Fee for NLUs is on the higher side; it costs a student around Rs. 2.10 Lakh a year.

Coming to the salary part, there are three parts to the profession.

You can either be at the payroll of a company; you can work as a legal consultant with multiple companies or open a law firm after years of practice.

For a fresher: A fresh independent lawyer earns “zero to Rs. 15,000″ a month in the industry. While firms have fewer vacancies, “good employees” are often noticed in courts and get picked up by seniors.

For a seasoned lawyer: A lawyer’s income depends on factors such as reputation they have, their expertise and the kinds of cases handled by them. A lawyer can earn between Rs. 127,000 to Rs. 4,105,000 per annum, depending upon his/her experience.

For a Company Owner: Though this may seem like a lucrative option, but there are two factors which come into consideration, one is the unlimited scope to earn and the second is the cost that has to be incurred to operate a law firm.

So now, you can do the math’s and calculate the ROI (tangible and intangible) to get on to a viable conclusion.

Another thing which has to be considered is the competition in the field. With some missing stats here and there, an RTI of 2013 revealed that the BCI had 1.3 million advocates on the rolls of various state bar councils. Which means in Delhi itself, there is 1 lawyer out of every 30 people.

Even though the statistics show how competitive the profession is, there is a lack of quality professionals. Hence, if you work hard and hit the right targets, no one can stop you from having a thriving career.

Last but not the least, it is imperative for you to determine the geography you want to cater. This will help you in determining the specialization that you will require to deal with a certain type of issues.

Tip for being a successful lawyer:

The sure shot way to succeed in law as a profession is character, a nag for studying and a will to stay longer in the race and then remember that there is always a market.

If you have any further doubts or inputs, you can connect with EduThrill, a gamified solution to crack CLAT.

Are You Thinking of Pursuing A Career in Law? Important Things To Know First2019-02-152020-08-12https://cdn.eduthrill.com/WPImages/wp-resource/eduthrill%20website%20logo.pngEduThrillhttps://eduthrill.com/wp-content/uploads/2019/02/choosing-law-as-a-career.jpg200px200px

EduThrill For Students
Learning Made Fun
How To Play
Performance Analytics

We're not around right now. But you can send us an email and we'll get back to you, asap. 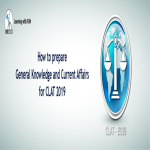 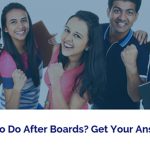 Education Statistics in India – Where is the Youth Going?For Our Blogs